In the foothills of the Blue Ridge Mountains of Virginia, the soil is clay. This clay is red.

When this red clay gets wet, it makes the very best kind of mud.

And this red mud is notorious for its permanence on rugs and carpets, car interiors, furniture, and clothing.

And for its near-permanence on the children who play in it.

Once when I was in first grade I had on new saddle oxfords and my favorite plaid dress. (Hey, it was 1969—that’s what we wore.) In spite of the fact that I was no one’s athletic child, somehow I ended up splayed out on the playground, and one of my beautiful black and white shoes ended up covered in red mud.

So after recess the teacher took my muddy shoe and my muddy white bobbie sock to some mysterious outside-of-the-classroom place to clean them.

As I sat in the post-recess reading circle with my bare foot dangling next to the one that still had a shoe and a sock, I felt like the teacher was gone absolutely forever. I also felt like the other kids were staring mercilessly at my shoeless, sockless, mud-stained foot.

When the teacher returned with my sock and shoe, the mud was gone, but that familiar red-orange stain was still there. Even at the innocent age of six, I knew this stain was forever.

I knew my new shoes would never be the same, and I never again loved them like I had earlier that day.

In a far corner of our backyard was a big patch of red clay.

My sister and I were warned to stay away from this.

It wasn’t the sort of warning that had to do with danger—it was just that red mud was so godawful to clean up, and this particular area was large.

From an adult point of view, there was no reason to play there when we could play elsewhere in the yard—somewhere with grass, for goodness sake! Grass stains were nothin’ compared to red clay!

But from a child’s point of view, there was no better place to play, and it took incredible willpower to stay away from the forbidden area every single day of summer.

It was plenty easy to find red clay in small patches all over the place, so that should have satisfied us. But it wasn’t enough.

We’d ruin our clothes and stain our skin, but it would be worth the risk of what would happen when we would very easily be found out.

One day following a summer rain, the forbidden area was red, shiny, and perfect.

So we went in.

We played and played in that mud until we were covered head to toe in glorious, shiny red clay. We must have looked like swamp creatures, but we were plenty satisfied as we headed for the house.

We’d made no plans for getting out of our mess.

Or hiding, or running away from home, or attempting to clean up.

We were just so happy.

We must have figured we’d cross the clean-up bridge when we got to it.

But our grandmother was home from work and spotted us from the kitchen window.

She hurried out the back door and stopped us, telling us not to take another step closer. Right in the middle of the yard, she hosed us down until red mud was running over the whole yard.

She made us strip off our clothes and step out of them, leaving behind an unidentifiable muddy heap as we hurried naked to the house where there was a hot, soapy bath waiting for us.

Our grandmother didn’t have to say much to scold us, but instead she scrubbed and scrubbed until she took off at least a couple of layers of skin getting us clean.

By the time our mother got home from work later that evening, there were few clues left.

At dusk, she could just make out the pile of mud in the back yard and asked what on earth it was.

Flanked by two super clean, if a raw-skinned little girls ready for bed, our grandmother answered,

But for the considerable scrubbing we got that day—which really was the only way to get rid of the evidence—we never regretted our decision.

It was totally worth the risk. After all, sometimes risks really do pay off.

But we never saw those clothes again—by morning, the muddy pile was long gone.

girl, i know a thing or two about red clay. east texas, represent! love this.

Pooks~ So red clay is in your blood, too? How ’bout that. VERY NICE INDEED. 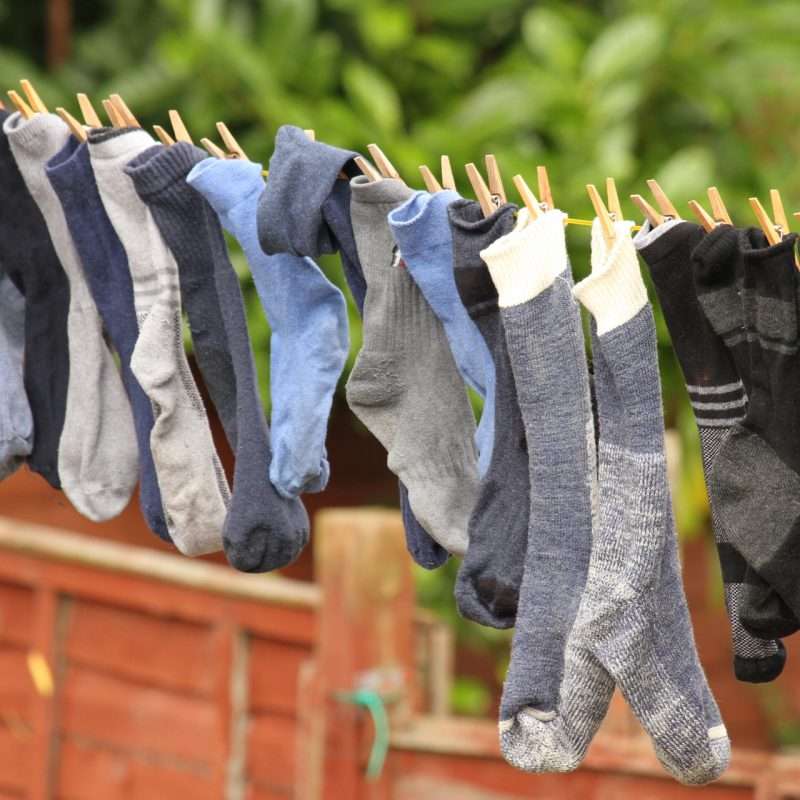 Laundry is My Love Language, Peace is My Religion